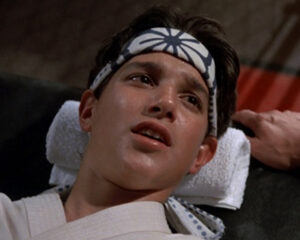 Karate-do used to be for adults only. Today, karate is mostly made up of children. Some of the children in my program are as young as 4 years old. Karate is about building confidence through repeated study. The practice of karate takes a great of personal study, hard work, and steady progress. Like most martial arts, karate has a belt system. I find in my dojo that parents and children find earning new belts to be the paramount concern. A good instructor, however, does not allow this to be the focus of his dojo. Karate belts should be earned and never guaranteed. Children look forward to their new belts like adults look forward to a vacation, bonus or pay increase. Getting promoted is incredibly important to them. In my dojo, when a student performs exceptionally during a test, they are promoted to an extra rank. This is a big deal. When parents observe this double promotion, they often ask me what they can do to help their child achieve the same honor! Who doesn’t want to see their kid at the head of the class? As adults, we hate to be passed over for a promotion. Imagine this scenario: You work alongside others (including a close friend); You work just as hard, if not harder, than everyone else; You get sick and miss a few weeks of work, and when you return everyone else has received a promotion. How would you feel? Not good, of course. Summer is a tough

The WKF karate world has done it again. They have gone ahead and changed the rules. This seems to happen every 3 years. I can recall major rule changes in 2009, 2012 and now 2015. These ones are some of the most hotly contested and talked about rule changes so far. Personally, I have called these the anti-Raphael Aghayev since it is really limiting the way you can throw and score. As a reluctant kicker and jujitsu student, I have made it really clear I don’t care for these changes. Raphael just lost in the 5th round on a very questionable Hansoku call while performing a take down. However, it is what it is and we need to adapt and teach our students and I have begun doing so right from the onset of these changes. There will be some of us that will hold on to the hope of doing take downs, but certain throws are pretty much “dead”. You either won’t see these throws (below) or they have become exponentially harder to do. Ashi Guruma — Leg Wheel Harai Goshi — Sweeping Hip Throw Uchi Mata — Inner Thigh Throw Osoto Gari — Large Outer Reap Sasae Tsurikomi Ashi — Lifting Pulling Ankle Bloc Of course, there are are other throws, but this makes up a good portion of what throws we have seen in competition. So, what do perceive happening? Some of us will hold onto to the desire to execute these throws. We will either do

The Massdojo National Team tryouts are Sunday, January 11th. Registration is due by NEXT MONDAY. Forms are available in Shrewsbury or online here: National team try out 2015

Thank you for signing your child(ren).  Massdojo has been in existence for ten years.  We have a long standing tradition of being one of the best karate schools in the country. We teach Shotokan karate which is well known traditional Japanese style of karate:  http://en.wikipedia.org/wiki/Shotokan_karate. Sensei has been training in karate for over 25 years and is a highly respected competitor, instructor and coach. Our motto is “Discipline, Integrity and Excellence”.  We have a focus on structure and athleticism. Our athletes have won over 200 national medals in 5 years of national level competition, and we have over 30 unique national champions in the same time frame.  No matter what your goals may be, we want you to know your children train with the very best. Every student is special and we want to see them achieve more than just a black belt. We want them to be prepared for the real world’s challenges and become confident, mature and goal minded from what they learn in karate. Be sure to Follow us! We are on Facebook: https://www.facebook.com/pages/Massdojo/111133063891?ref=tn_tnmn We are also on twitter: https://twitter.com/Massdojo You can reach sensei at massdojo (At) verizon.net or (774) 239-1346.