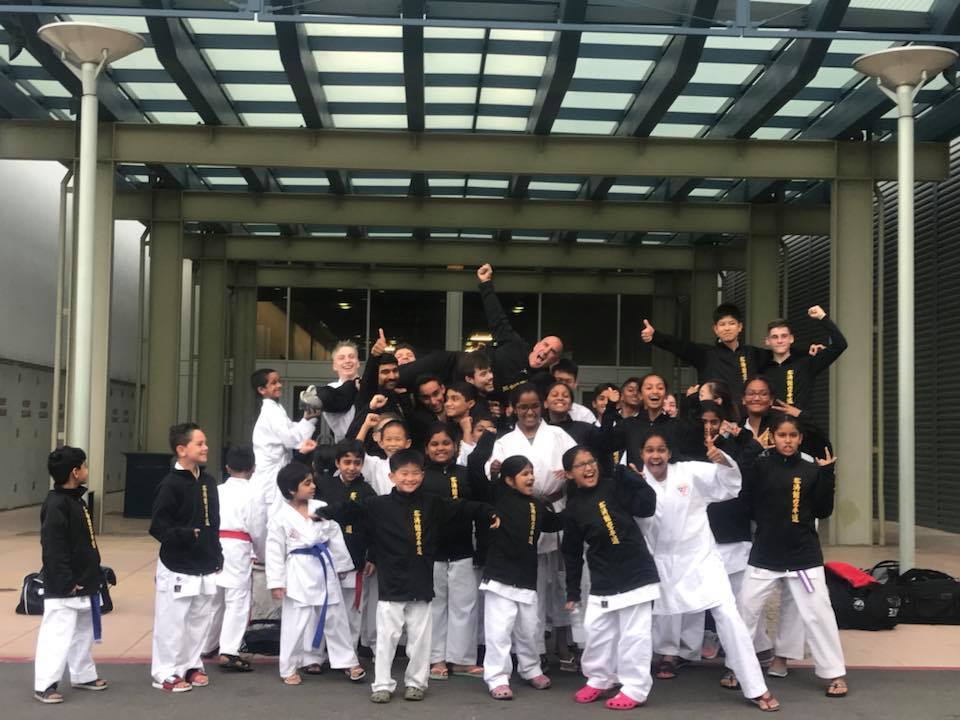 Karate school to send athlete to Pan American Games in August for third year in a row.

July 25, 2018, Westborough, MA – The Massdojo Karate School of Westborough, Mass., sent its national team of nearly 40 athletes to Reno, Nev., earlier this month to compete in the USA National Karate Championships & U.S. Team Trials. They returned with 95 medals and the honor of sending one of its top athletes, Arun Loganathan of Shrewsbury, Mass., to Rio de Janeiro, Brazil, in August to compete in the Junior Pan American Games as a member of the USA Junior National Team. Arun earned the spot by winning both his qualifying matches in Reno.

Arun is only the third Massdojo athlete to attend the Pan American Games, following Victoria Princi who earned a gold medal at the 2017 games in Buenos Aires, Argentina. Miki Azuma of Grafton and Matt Anderson of Shrewsbury earned alternate slots on the 2018 junior team by finishing in third place.

Massdojo lead instructor Eric Rossini of Grafton, Mass., attributes his teams’ consistent success to several factors. “Hard work pays off! It doesn’t matter if they are 6-year-old beginners or trying out for Team USA – they train from January to July, often giving up their Sundays to train for several hours,” he says. “We study video, travel near and far for competitions and never give up. These kids are warriors with the hearts of lions, and there’s nothing like seeing a child succeed against all odds.”

Massdojo’s 95 medals in the Reno competition exceeds the previous highest total by over 40 medals; the school’s team earned 54 medals in the 2016 competition. The 2018 medal breakdown was 28 gold, 30 silver and 39 bronze.

Massdojo offers karate classes out of Westborough and Westford’s One Stop Fun.The school is a nationally recognized leader in karate, and all its national coaches are licensed and overseen by the U.S. Olympic Committee. For more information, see www.massdojo.com.

← Five of our little guys medaled in individual Kata this morning at the USANKF national Championships in Reno, NV. Support our Pan American athlete →